4/30 update- Given that the statewide shelter in place is still ongoing, we have postponed the event to Saturday, September 26 and hope to see you all then.

3/24 update-
Our Hero 5k run has not been cancelled, just postponed until we get the all clear. This WILL BE a great event to celebrate our many Heroes and enjoy being together again. We want to give a shout out to our amazing community partners that are helping make this a successful event. Thank you Shingle Springs Subaru, Hangtown Range, C & H Motor Parts , Wilkinson Portables Inc, Powell’s Steamer Co. & Pub, Max Muscle Nutrition, Main Street Melters, Marshall Medical Center,Von Housen Automotive Group, Placer Title Company, Mountain F Enterprises, Missouri Flat True Value Hardware, Raft California,and Fitness Solutions Personal Training Studio.

We are continuing to work on the event’s plans, partnerships, volunteers, donors, athletes and guests while we sit in quarantine and wait. Everyone who has committed to be involved is STILL involved. As soon as we know from our local authorities that we are clear and safe to schedule this event, we will get it posted. Please feel free to call us anytime at the winery to get any firsthand information or details. Looking forward to seeing you all real soon!

The inaugural Sierra Vista Hero Run is dedicated to honoring our heroes. This year ALL proceeds will go to the family of recently fallen Sheriff’s Deputy Brian Ishmael and to the Honor Guard. Brian leaves behind a wife and three children. 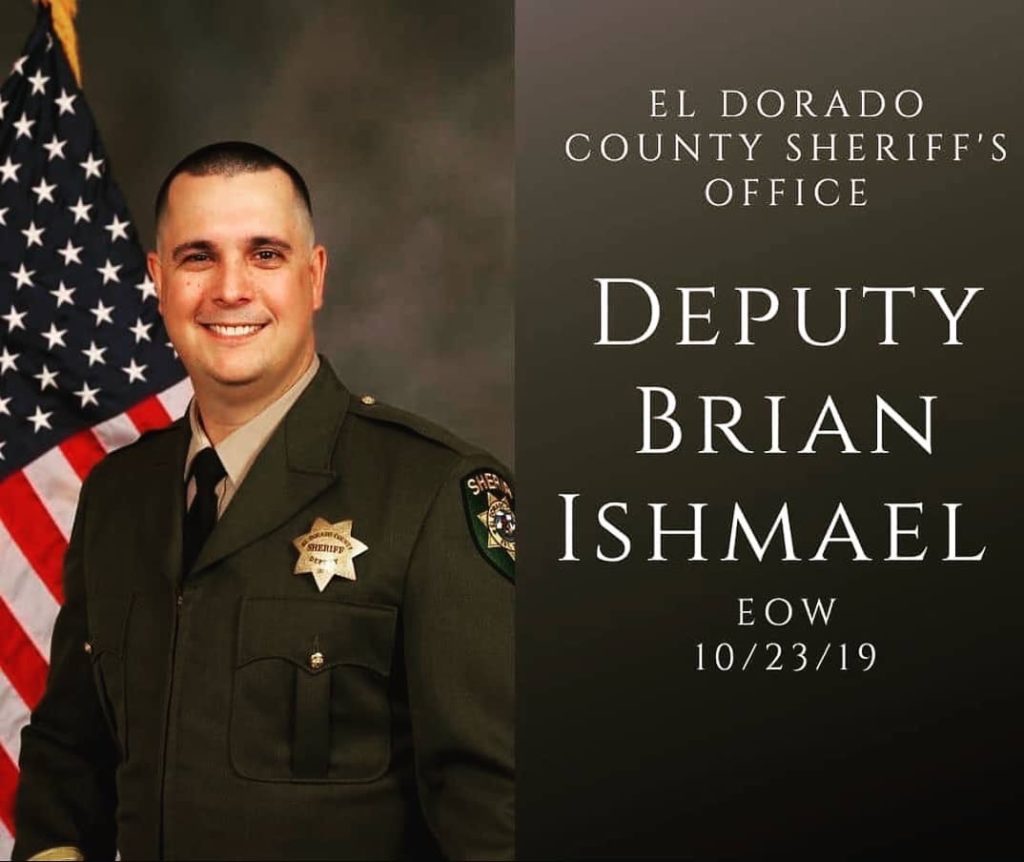 Course:
This new 5k course is set around our beautiful vineyard with breathtaking views of the Sierra Nevada mountain range and rolling acres of ancient vines. 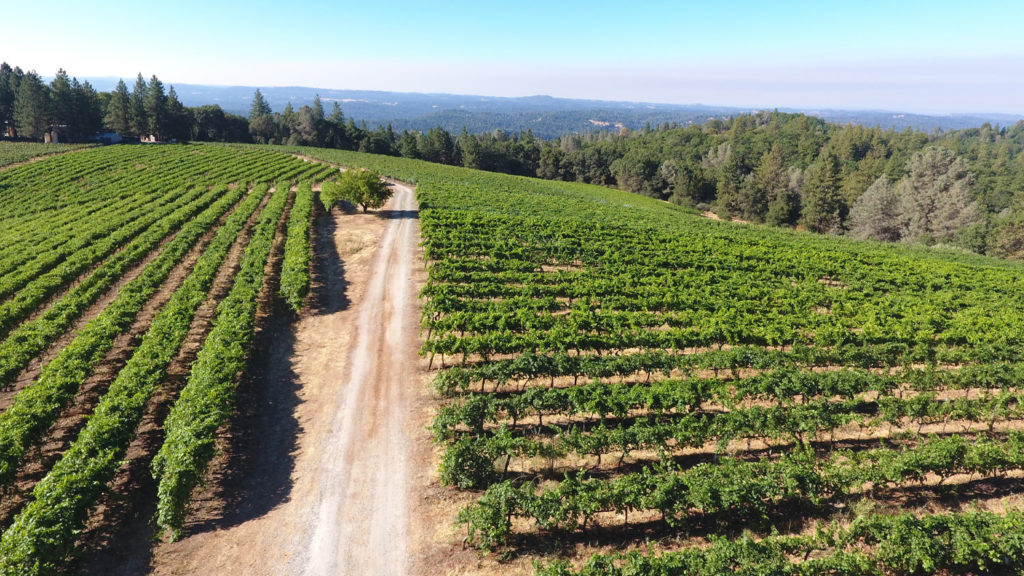 Team Division: Show your support in numbers! Take part in this fantastic cause alongside your entire Office, family & Friends, your school organization, sports team or local club!

Custom Team shirts: For those interested, you will have the option of having your “team name” or inspirational message imprinted on the back of your race shirt. The printing cost will be an additional $10 (with all proceeds going to the Ishmael Family).  In order to receive your shirts by race day, ALL ORDERS (including sizes) must be turned in by March 17. Shirt orders will be handled by the marketing department at Sierra Vista Winery. If interested, please send your request to: events@sierravistawinery.com. 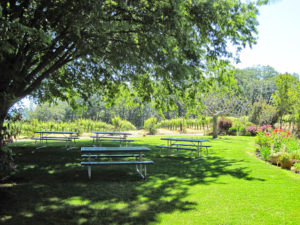 Honor Guard:Members of the El Dorado County Sheriff’s Office Honor Guard participate in ceremonial events throughout the county and, most importantly, dedicate themselves to honoring fallen law enforcement officers.  Members frequently attend funerals and memorial services for fallen officers nationwide.  In 2019, The El Dorado County Sheriff’s Office Honor Guard was tasked with the unimaginable duty of honoring one of its very own, Deputy Brian Ishmael.  The team carried out their duties to honor Brian while simultaneously grieving with the personal loss of a co-worker and friend.  As the honor guard moves forward, the team will continue to honor Brian, as he will never be forgotten.

When new owner Jim Czachorowski first took over the winery, he made a special barrel of wine with the remaining harvest. After hearing of the tragedy involving local Officer Brian Ishamel and seeing the impact it had within the entire community, he decided to use the special blend to help. So, as the run will take place within the winery, the rollout of this particular wine will compliment the morning. The wine is a special vintners blend with the label match that of this years run logo.  For each bottle sold, $16.89 (Brian’s badge # was 1689) will be donated to his family. Cost: $40 and will be available at the tasting room.

Brian David ‘Ish’ Ishmael was born at Marshall Hospital in Placerville on December 12, 1981 to Don and Kim Ishmael. Arriving home from the hospital dressed in a stocking, he met his sister Brenda; who soon gave him the nickname of “Little Buddy”. Brian who was always full of joy and personality would later create a dance called “The Buddy” because of this nickname.

Brian grew up attending local schools in El Dorado County, graduating from Ponderosa High School in 2000. In high school, Brian showed a special interest, and excelled at auto body shop and peer counseling.  Also during this time, Brian established a lifelong friendship with Wes Kohutek who would introduce him to his future wife, Katie Kregoski. Brian met Katie at the age of 16 but maintained only a friendship (much to Katie’s chagrin).

After high school, Brian moved to Texas where he attended Universal Technical Institute, but still maintained his close friendships in El Dorado County.After returning from Texas, his friendship with Katie began to grow and they went on their first date on March 12, 2002, never looking back. Brian and Katie established a strong marriage and even stronger friendship as they started a family. Brian excelled as a father of their three beautiful children: two daughters and a son.

While working at Fulmer’s Auto Body, Brian felt the calling to protect and serve the community he loved. In 2012, while still working full time, Brian entered the police academy. In March of 2013, Brian found his first law enforcement family with the Placerville Police Department. He quickly became an agency favorite, holding the positions of Field Training Officer, School Resource Officer, and Armorer.

In October 2015, Brian found his final law enforcement family with the El Dorado County Sheriff’s Office. As he did in every facet of his life, Brian immediately became a favorite of his partners and all that met him on a personal and professional level.  Brian’s demeanor while performing law enforcement duties exemplified fairness, compassion, and a willingness to serve that will leave a lasting impression on those who he came in contact with throughout his career.   Brian was a hard worker, a role model, and a leader who shared his joy for life with anyone he met.

On June 7th 2019, after years of saving, Katie and Brian bought their forever home to raise their three children. Brian had many passions in life, all of which centered on spending time with Katie and their children. Some of his favorite hobbies included guns, shooting, duck hunting, reloading, metal working, camping, building RC cars, and recently he began teaching his son how to fish. With all these hobbies, Katie often found Brian in his garage forging knives, blaring Alanis Morrissette’s “Jagged Little Pill” or Five Finger Death Punch.

If you ever had the pleasure of knowing Brian, or even passing him in a hallway, you know he had a genuine and infectious smile. He was a man of integrity who found positive things to say about every person he met.

Brian is survived and forever remembered by his wife Katie, children Prudence, Zoey, and Cash; Parents Kim and Don, sister Brenda,and his loving extended family and friends. Brian will be missed by his friends, family, and the entire El Dorado County Sheriff’s Office family. Brian is our hero for the man he was; husband, father, friend, and so much more to so many.

Event management & timing provided by A Change of Pace