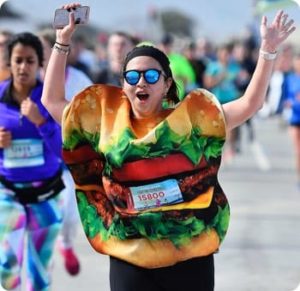 Bay to Breakers, San Francisco’s celebrated 12k race, returns on May 15, 2022! If you’re new here, you should know we do things a little differently. Throw on a costume (the more bizarre, the better), toss a tortilla (they’re not for eating), and prepare for a running experience like no other.

It’s So Pretty! (And then Cool. And Then Pretty Again.)

Bay to Breakers starts in the Embarcadero neighborhood by the San Francisco Bay, and takes you through nine of the city’s most notable neighborhoods—all the way to the Great Highway, where the breakers crash into Ocean Beach. 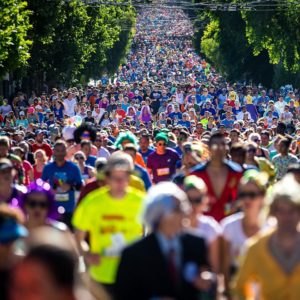 Among other sights, you’ll race through Panhandle Park at the northern boundary of the Haight Ashbury—the birthplace of the Deadhead—and cut through Golden Gate Park. (Pro tip: watch out for the bison .)

This race has been around the block a few times: Runners, walkers, joggers, and partiers have participated in Bay to Breakers for over a century. While no racer has had the distinction of running every year since its inception—remember, we said “over a century”—the race has welcomed runners from ages 1 to 99 . (Spoiler: The baby did not win.)

From the tortilla toss at the starting line to the last walker who crosses the finish line on stilts, Bay to Breakers is a celebration of life, laughter, and the personality of San Francisco. Join the pink-ape mascot Ape Hashbury, bumblebees, brides, unicorns, naked runners wearing Garmins, and probably at least one Thanos in this world-renowned race-slash-party.

It’s Relaxed! (Until It Isn’t)

Enjoy a flat course through some of San Francisco’s most iconic neighborhoods—until you reach Hayes Street Hill at the two-mile mark. This monster hill rises over 200 feet above sea level, with a steepest grade of 11.15%. (Runner’s World named it one of its top “Sublime Climbs,” so it can’t be all bad, right?)

Love having people gaze upon you in adoration? 80,000 spectators, volunteers, and staff line the race course each year, adding up to 160,000 eyeballs on your form, your costume, and your incredible speed. 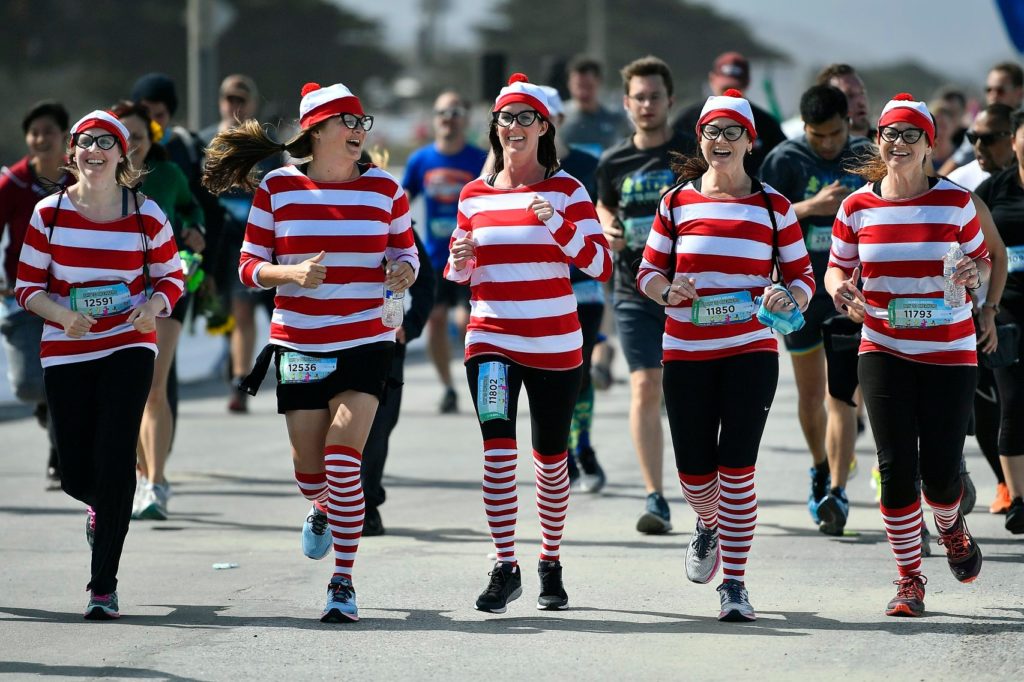 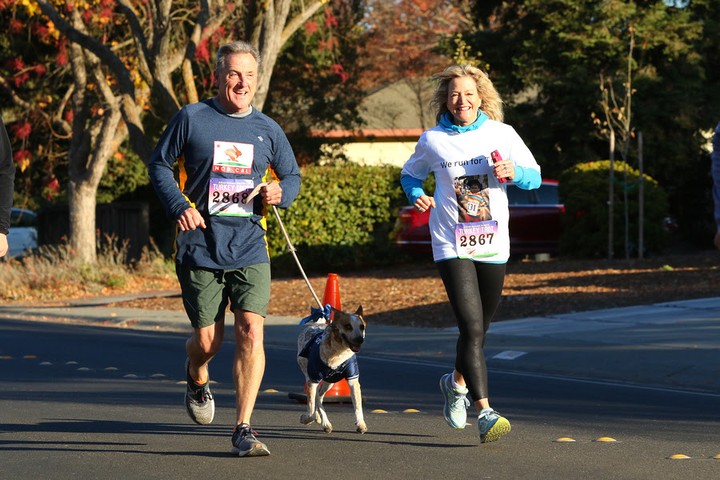 a_change_of_pace
•
Follow
🐶 Who will be the "Top Dog" this year in the Davis Turkey Trot 'Dog Jog' 2 Mile Race? The 2-Mile "Dog Jog" division (benefiting the @yolo_spca ) is the perfect distance for both runners and walkers to participate with their pup. This year, at the request of many past participants, we are adding a NEW option: to have 2 Mile results for dogs. Dogs will be classified into divisions by size and the top dogs (pun intended😄) in each division will receive a prize. Dog division entry is handled during the registration process for the 2 Mile race. Entering the dog division is optional and will not remove you from the human race results, and you'll still be eligible for (human) age division awards. One dog may be registered for the dog division per human entrant. If two people will be running with one dog (as shown above), you should only enter the dog in the dog division on one of the human's entries (not both). Deadline to enter your dog in the dog division is Wednesday, November 16. Race day is Saturday, November 19th. #dograce #dogrun #davisturkeytrot #dogjog #irunwithmydog #dogevent #dogeventsca #2milerun #turkeytrot #rundavis #runsac #runsacramento #norcalrunning #dogfriendlyevents #muttstrut #doggydash #doggiedash
View on Instagram |
1/6 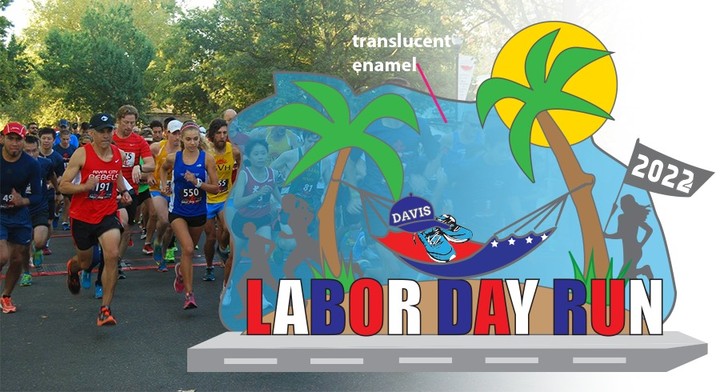 a_change_of_pace
•
Follow
✨Medal Reveal✨ The finisher medal for the Davis Labor Day Run is a self-standing medal that features translucent (see-through, like stained glass) enamel for the sky. Earn this medal on Labor Day (9/5) by participating in the 5K, 10K, or as a Virtual Participant. Sign Up: runsignup.com/DavisLaborDay #davislabordayrace #davislabordayrun #davisCA #DavisCentralPark #Labordayrun #labordayrace #rundavis #runsacramento #runsac #5k #10K #norcalrunning
View on Instagram |
2/6 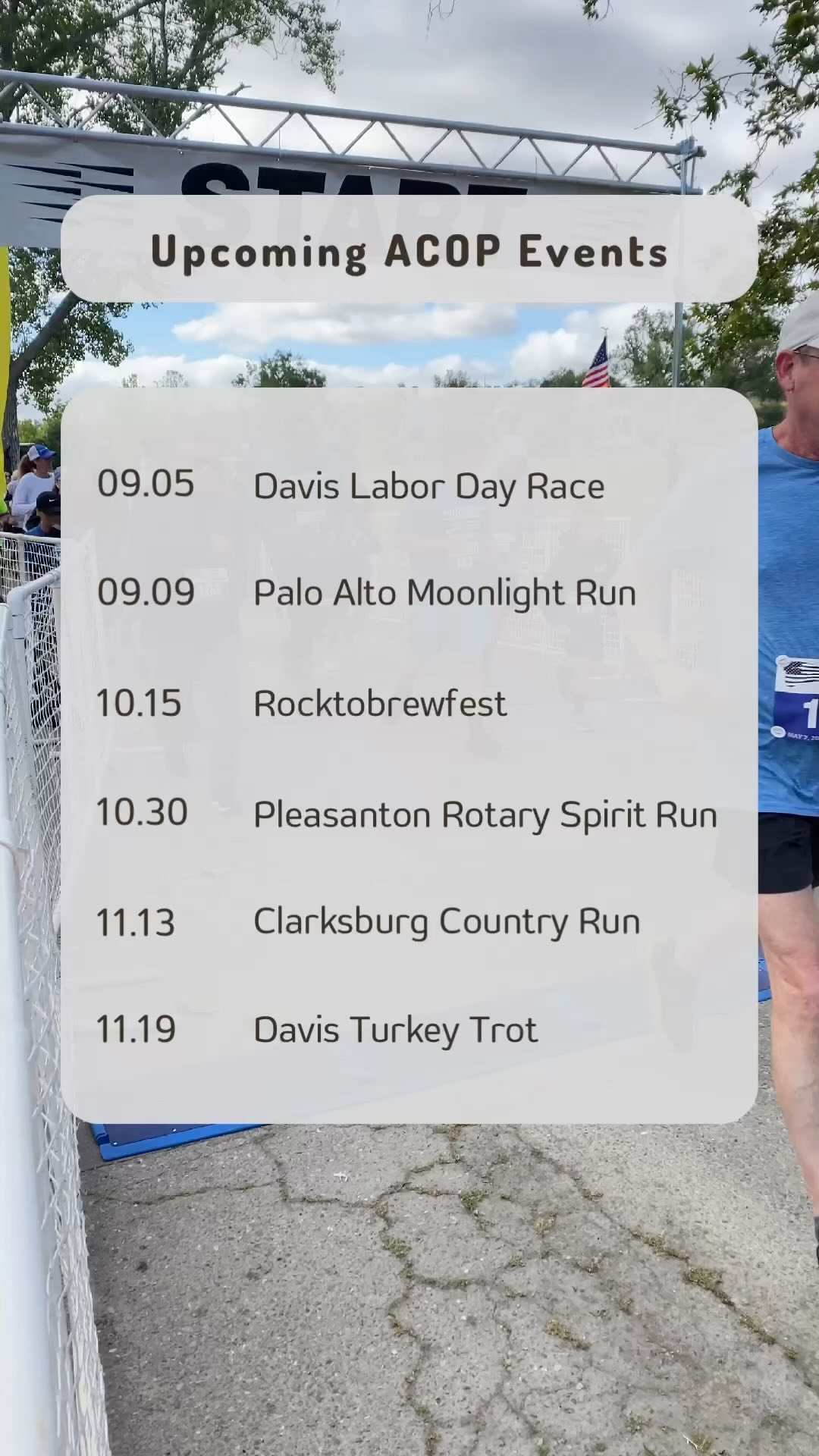 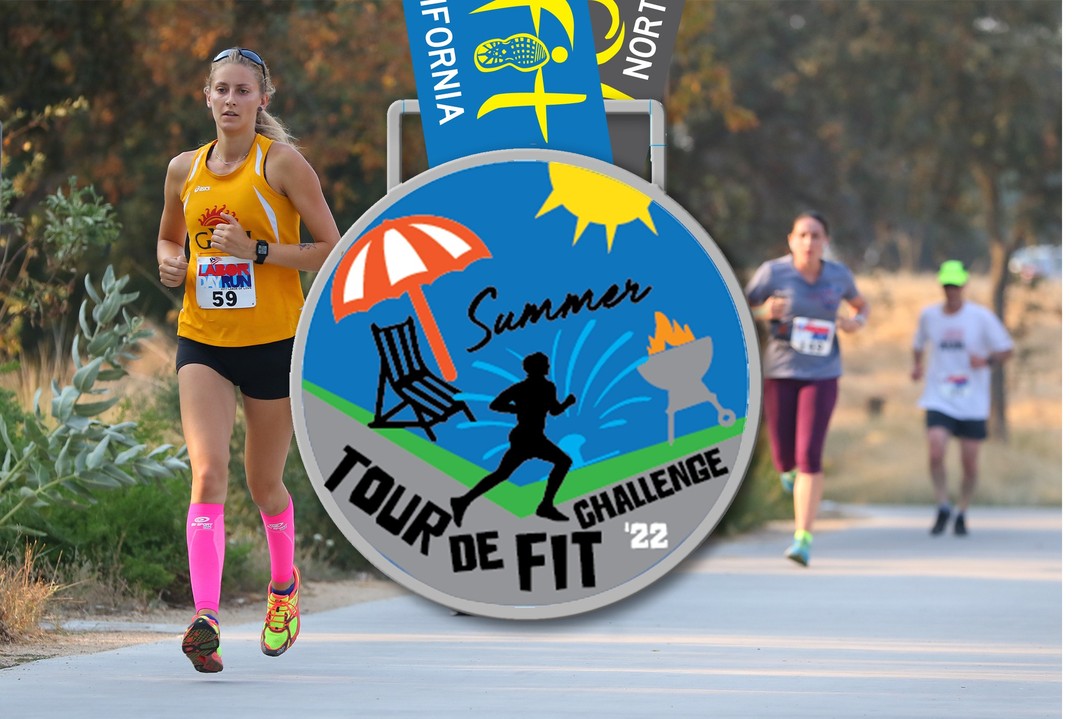 a_change_of_pace
•
Follow
🚨BONUS MEDAL ALERT: If you completed this year's Davis Moonlight Run - make plans now to join us for the Davis Labor Day Race on 9/5 to complete the Summer Challenge. How it works: 📌 The Summer Challenge is an opportunity to earn a bonus medal (pictured above) by completing both the Davis Moonlight Run and the Davis Labor Day Race. 📌 You need to sign up for the challenge by 8/10 so that we can order you a medal. This is free. Do that here: runsignup.com/tourdefit 📌 Sign up and complete the Davis Labor Day Race 5K, 10K, or Virtual. Visit: runsignup.com/davislaborday) 📌 You will be eligible to receive the bonus medal after your run or walk on Monday, Sept. 5 at the Labor Day Run. #tourdefit #bonusmedal #davislabordayrace #davislabordayrun #davisca #rundavis #laborday #daviscentralpark #labordayraace #norcalrunning
View on Instagram |
4/6

a_change_of_pace
•
Follow
📌Reminder! Just one week left to get the summer discount for this year's Clarksburg Country Run. Register by Wed., Aug. 10 to save 15% (discount applied automatically). The 2022 race will take place on Sun., Nov. 13 and will host a 30K, Half Marathon, 10K, 5K, and Kids Runs. Sign up at: https://runsignup.com/ClarksburgCountryRun 📷: Facchino Photography #clarksburgcountryrun #clarksburgca #clarksburg #runsacramento #pausatf #pausatfhalfmarathon #halfmarathon #norcalrunning #CIMtraining
View on Instagram |
5/6 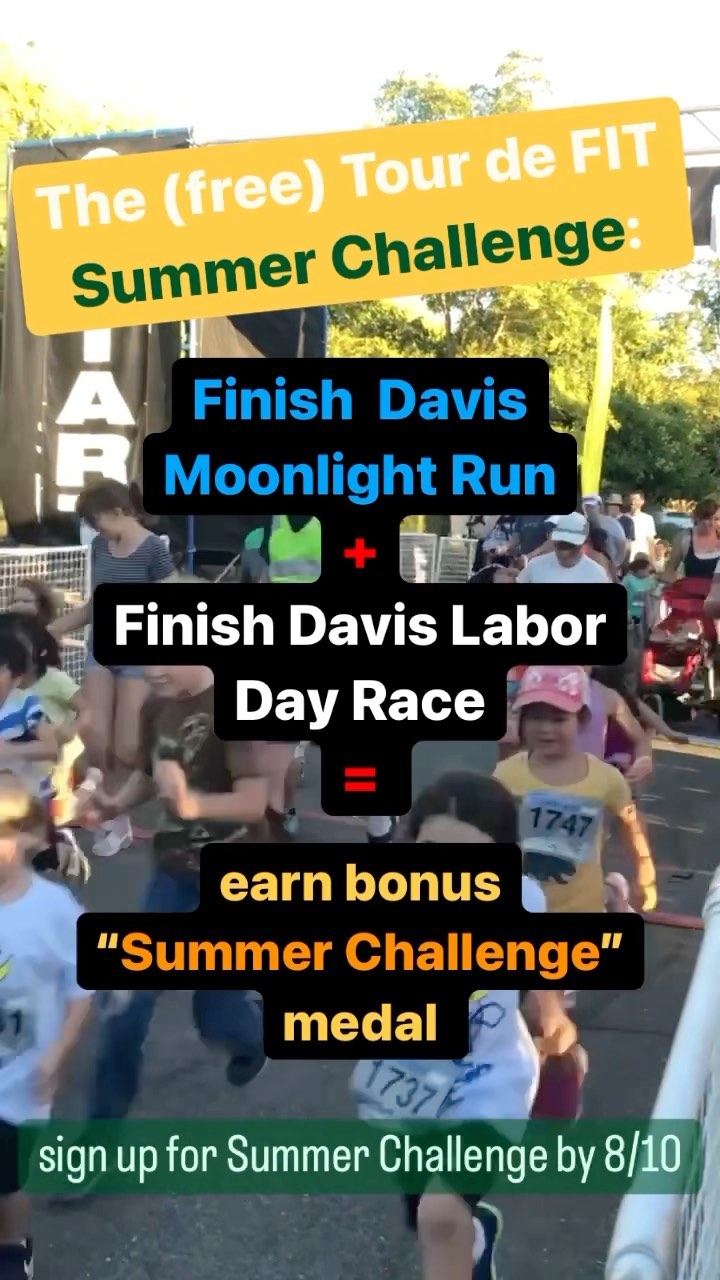